Today’s PMA post comes straight from George Hurchalla, author of Going Underground:  American Punk 1979-1989.  This classic book is now in it’s 2nd Edition and below is an excerpt featuring John.  Folks interested in the book can contact George at sales@zuopress.com for a copy.

“We played this show at this reservoir out in the desert near Vegas,” John Stabb remembered of their final tour, “where they set up generators. When we arrive, there’s all this racist graffiti on the walls of the reservoir and immediately we start wondering because of Memphis. We had to get a police escort out of the club in Memphis, because the Nazis who got kicked out of the show were waiting with boards and sticks down the street. This big bouncer called Rebel who threw them out said, ‘Ah, they ain’t gonna be no problem.’ But we had to have the police get us out of there safely. In Vegas, the promoter tells us, yeah, we have some Nazis come to the shows but don’t worry, they won’t start anything. We felt like whores, because we absolutely had to do the show, for the money. Midway through the show, this huge guy in a full stormtrooper outfit is sieg-heiling and goose-stepping in the crowd. At one point the lights went out and our sound guy is like, ‘We’re all gonna die here. They’re going to steal our stuff and kill us.’” This skinhead kid comes up to us after the show and says, “Hey man, great show.” We’re packing up and I’m thinking I didn’t want to do this, but we needed the gas money to get to the next town, and I’m feeling like such a whore. I say to him, “Look, if you’re a part of this Nazi thing—are you a part of it?” He says “Yeah, I am.” I say, “Just go away, I don’t even want to know you.” He comes back, “You don’t even know anything about our whole party and organization.” I lost it. I said, “Look, I don’t want you to like me. Don’t like me. Go home. Burn your GI records. I don’t want you to like us. Go away!” My girlfriend, who was on tour with us, said, “Bad move. Get in the van now.” Because these guys were getting really riled up, a small little group of them. We’re packed up and one of the band members says, “Where did those guys get those boards?” And here come these Nazis staggering drunk toward us with two by fours. The van won’t start. We’re like, oh shit, start the van, get outta here or we’re gonna die. We got out of there, but I told the guy who promoted the show that he was scum. 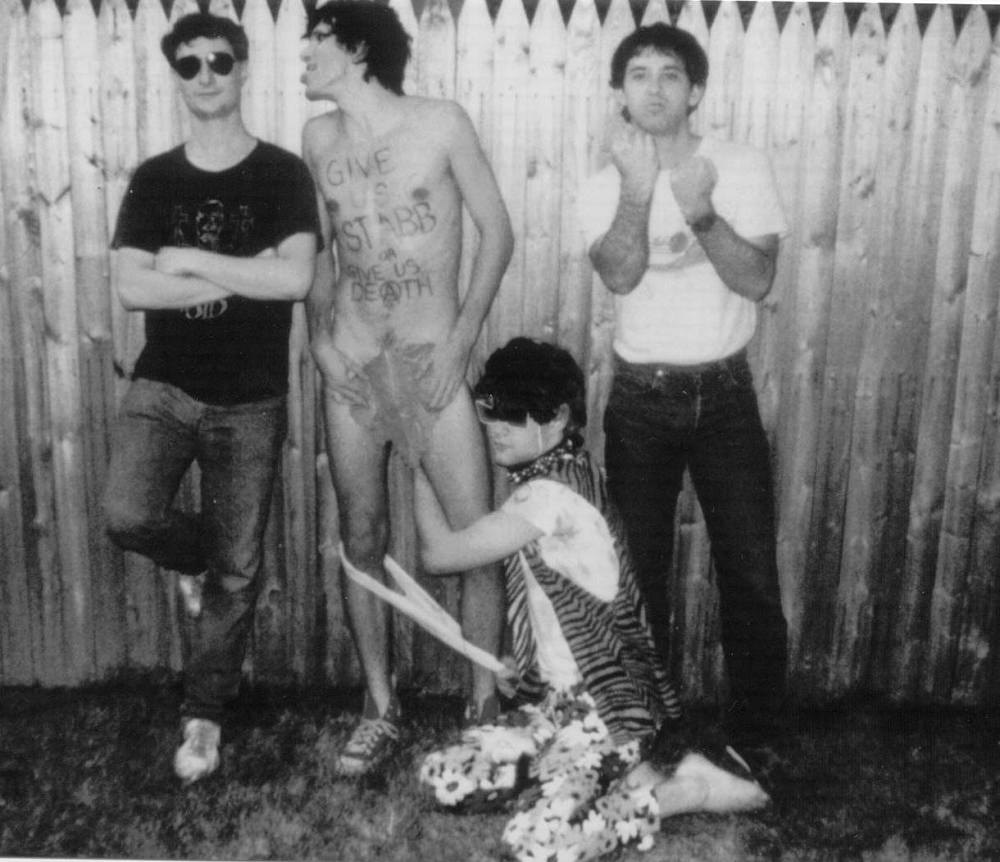