These guys are incredibly generous and have been long time fans of John’s.  Big big thanks to them and Amy Hairston at the R.E.M. office!!

“A pretty awesome auction item donated by R.E.M. Peter Buck has been a GI fan for a long time.  When informed of this he donated a chunk of change for John’s treatment and the R.E.M. office went even further by offering up this poster for auction.

This is a mock up of the Olympic concerts that took place in 2007.  Recordings from those concerts were turned in the Live at The Olympic release.

It’s roughly 9 X 16 inches and in great condition.  Signed by Peter Buck, Mike Mills, and Michael Stipe.  It includes a postcard from the R.E.M. office.  I will ship it in the packaging sent to me by R.E.M. HQ.” 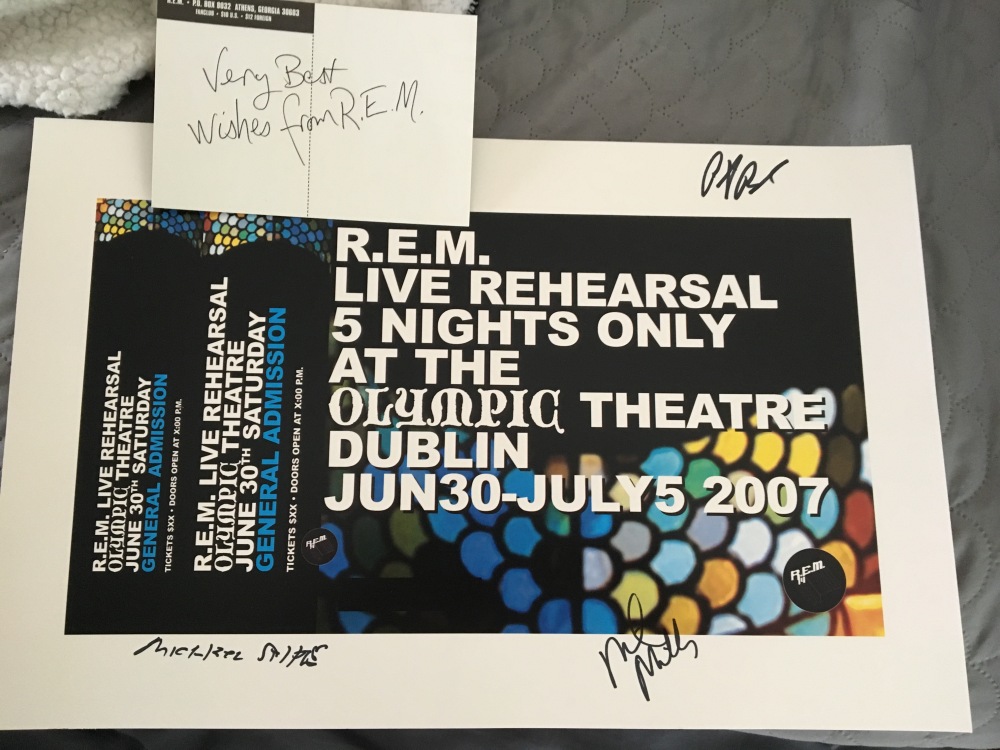